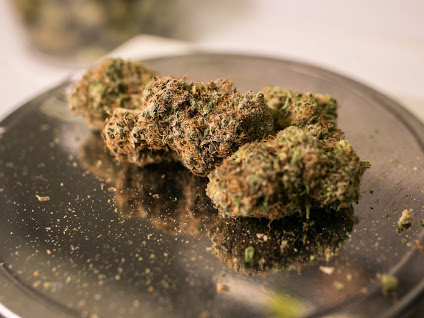 Arizona state lawmakers are attempting to require Arizona medical marijuana dispensaries to remain in rural portions of the state.

In a recent 5-4 vote, the House Committee on Military, Veterans and Regulatory Affairs passed new legislation. This legislation dictates that the first marijuana stores to open following the 2010 approval of Proposition 203 will be forced to remain where they first set up their dispensary. For example, if a store agreed to service the area of San Manuel, they would basically be stuck there.

Representative Vince Leach, R-Tucson – the sponsor of House Bill 2029 – does not necessarily like having dispensaries in rural locations throughout his district. He explained that the 2010 proposition states that any residents that are legally able to use marijuana for medicinal purposes are required to purchase it from a state-licensed dispensary.

For individuals residing further than 25 miles from such a dispensary, there is an exception: they are allowed to grow their own marijuana. This means, according to Leach, that larger areas will be left unregulated as rural dispensary owners search out more financially advantageous sites in city areas.

Leach pointed out that this is already occurring, noting a Florence and Scottsdale dispensary that no longer exists.

The recent vote opposed the beliefs of Kevin DeMenna – an advocate of dispensary owners.

DeMenna noted that manipulating the rules now limits his clients from relocating to more advantageous locations and amounts to a violation of property rights – an issue that could land the entire law in court.

The issue is based on a 2010 law that allowed individuals with a physician’s recommendations and a state-issued ID to receive up to 2.5 ounces of marijuana per every two weeks. This law also dictated how many Phoenix dispensaries were allowed per area.

If more than one applicant was located in one area, a lottery was required. If there was a sole applicant, they received the right to provide marijuana for that location.

Based on this distribution, almost every location in the state ended up being within 25 miles or less from a dispensary. In 2014, it was estimated by State health officials that these dispensaries covered almost 100 percent of marijuana users.

Leach stated that his issue is not with larger communities having additional dispensaries, adding that it is up to “local control” to determine how many they want. His issue is with the alternate side.

He is concerned that this new law will turn “rural Arizona into an open-grow” since many of the dispensaries will be closing. And by open grow, he is not simply referring to a small amount – the law permits individuals to grow up to a dozen plants at one time.

DeMenna pointed out to lawmakers that the state can no longer change the rules.

He added that many people set up rural dispensaries in the past with the understanding that they would be allowed to sell off their dispensary licenses after three years. The licenses could be sold to individuals hoping to make an attempt to set up in an urban area. DeMenna noted that although dispensaries are technically considered non-profit organizations, they are still worth a good deal of money to the owners that pay themselves a salary. The licenses are actually selling for millions.

This argument was strong enough to persuade Representative Richard Andrade. He argues that owners of dispensaries are running their own business and should not be subject to new restrictions by the state.

However, most of the panel disagreed, as evidenced by the vote.

Leach could be in over his head there.

Since the medical marijuana law was endorsed by the voters, lawmakers are only allowed to enforce alterations that “further the purpose” of base law. If Leach does manage to meet that restriction, amendments such as this one need a three-fourths vote from both the Senate and the House, a majority that could be difficult to get.